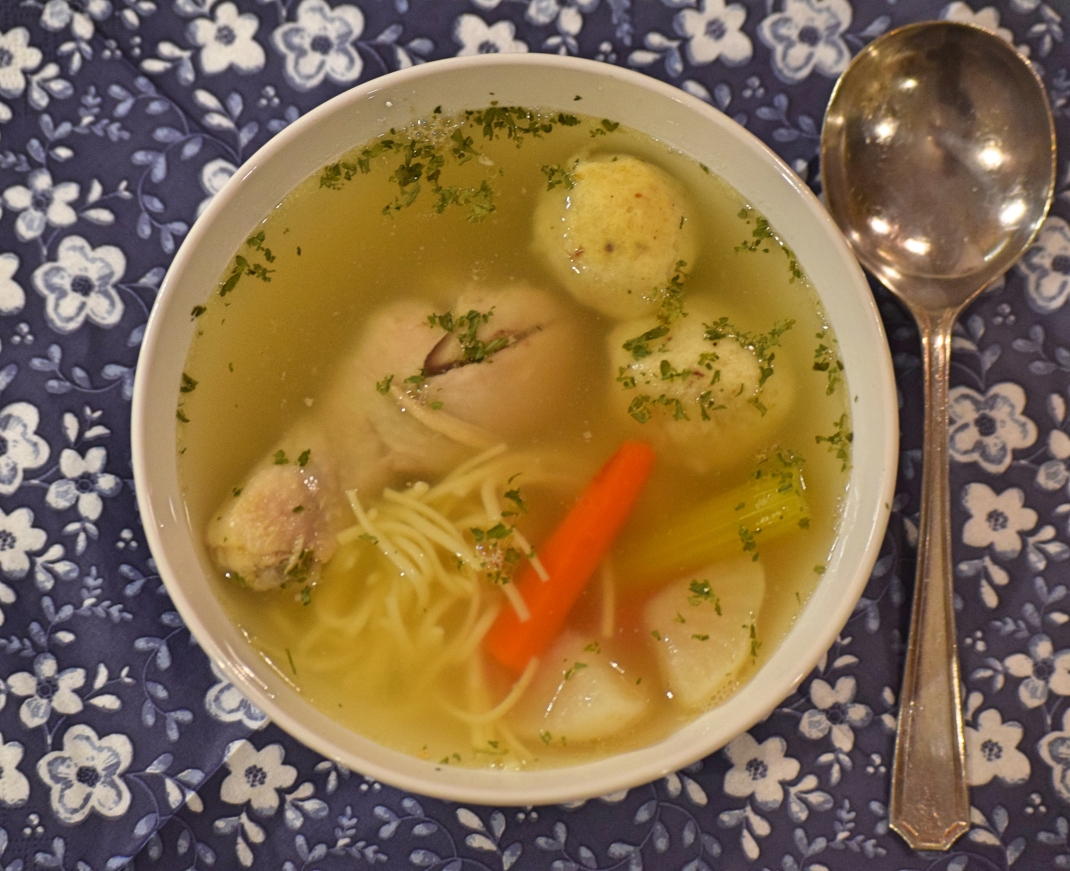 Well readers, my co-blogger has left town and the writer has caught the cold that she imported from London. Thanks a bunch Lindsey!

Anyway, that does give me an excuse to cook the best cure for both the common cold and the late Autumnal blues – Eastern European style Jewish Chicken Soup. It is one of my family’s favorite seasonal broths, rich fragrant and a meal in a bowl, especially when served with the chicken and vegetables  it was made with and a few delicious thread egg noodles and Matzoh Balls (a sort of Jewish dumpling)!

Even better, it really isn’t that hard to make and you can also freeze the soup or use it as a stock for other recipes if you like. It truly is a brilliant self recycling soup

Some of the Ingredients you’ll need 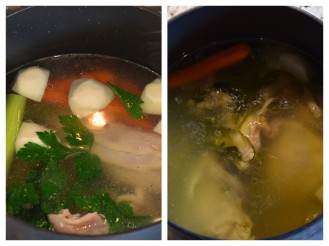 In the pot before and after cooking

Serve piping hot in a deep bowl with Matzoh balls and some thread egg noodles. Cold fixed, blues cured, or is it the other way round?